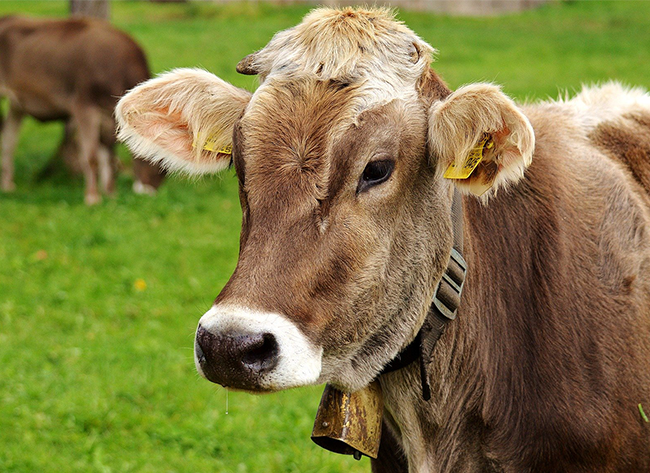 Norel has recently started marketing BYCHOL, a bypass choline chloride, protected against rumen degradation by a hydrogenated fat matrix, with a presentation in white micropearls. This product is specially designed for dairy cows during the transition period, which was defined by Grummer et al. (1995) as the period between 3 weeks before and 3 weeks after calving.

The transition is characterized by important physiological and metabolic changes, the most important change is the pronounced increase in energy requirements. Which, combined with the decrease in dry matter consumption, results in a negative energy balance (NEB). In this situation, cows mobilize body fat reserves, increasing blood levels of non-esterified fatty acids (NEFA).

NEFA are taken up by the liver, where they are partially oxidized with the consequent formation of ketone bodies (Betahydroxybutyrate BHB, acetoacetate and acetone). When ketone bodies increase in blood above 1.2 mM / l, the cow is in subclinical ketosis, and if they exceed 3 mM / l, it is considered clinical ketosis (Chapinal et al., 2012). The symptoms of ketosis are: reduced consumption, decrease of milk production and weight loss.

NEFA can also be reesterified into triacylglycerides (TG). The liver has a limited ability to export triglycerides (TG) through the formation of VLDL (low-density lipoproteins), so these TG accumulate, producing “fatty liver.” This limitation would be caused by a deficit in hepatic phosphatidylcholine (PC) synthesis (Cole et al., 2012), because phosphatidylcholine is a critical component of VDLDs. Whenever there is an increase in the need to mobilize TG from the liver, there will be an increase in PC requirements. Particularly one of the functions of choline chloride is to increase the amount of PC, improving the export of TG from the liver to the blood, avoiding the fatty liver.

The transition period is the most stressful stage of a dairy cow’s production cycle. In addition to NEB and its possible consequences (ketosis and fatty liver), there are other common pathologies at this stage such as milk fever (hypocalcemia), immunosuppression, placental retention, mastitis, lameness, etc., several of them being interrelated between them. Due to this, it is important to understand the causes of these pathologies in order to avoid them and minimize economic losses.