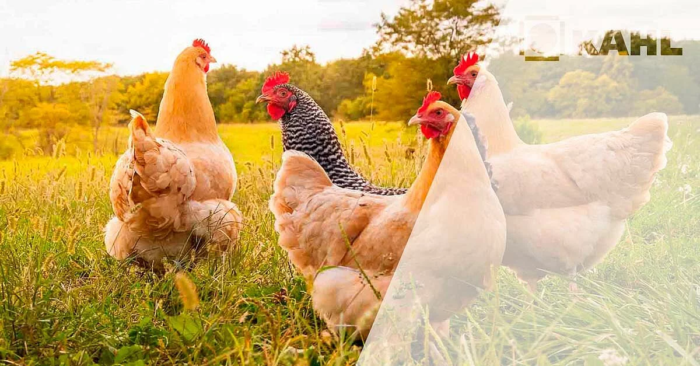 Adjustment of the lead during operation

The term “lead” means that one roller of the roller pair rotates at a higher speed than the other roller. In feed milling, the cutting edges of both rollers typically work against each other, which produces a cutting effect on the product to be ground. The lower the lead of the rollers, the more the effect on the grain changes. The grain is cut less and squeezed more instead.

With both rollers running at the same speed, the grain is only squeezed between the rollers. Grain structures remain intact and a larger part of the endosperm remains attached to the grain husk. If the rotational speed of the initially faster roller is reduced further, the operating mode “dull to dull” results. Tests have shown that the finest grinding result can be achieved in this operating mode.

With this technical innovation, the operators of a feed mill have the possibility to exert more influence on the grinding result. Optimum feed structures can be produced for different animal species at different ages. From finely ground broiler starter to structurized feed for sow feeding, everything is possible on one machine.

The well-being and species-appropriate husbandry of farm animals are becoming increasingly important for end customers. In this context, the term “animal welfare” comes into focus more and more. The term “animal welfare” describes the health and well-being of animals and occupies a special position in farm animal husbandry. It includes both their physical and mental health. This well-being can be influenced in particular by the form of animal husbandry as well as by the management of the stables.

Feeding makes a significant contribution to animal welfare. Feed is primarily intended to improve the production performance of animals, but it can also influence animal health. However, animal welfare can also offer economic advantage. Low animal losses combined with optimum animal performance generate higher revenues for livestock and thus increase the value of a feed.

In recent years, harmful effects of grinding feed have been studied for various animal species. Optimum and not too fine grinding can reduce gastrointestinal disorders in numerous farm animals and mitigate atypical misbehaviour.

A recurring problem in pig fattening is the occurrence of stomach lesions. One cause of these diseases is considered to be the too finely ground feed, which results in a non-uniform acidification of the digestive pulp (chyme). Due to the more homogeneous and coarser grinding result, the crushing roller mill can combat the causes of this problem.

Optimising the grinding process can also bring advantages in sow husbandry. Shortly before the birth of the piglets, the sows are usually kept in gestation crates. The sow’s range of movement is restricted in order to prevent the sow from squashing the piglets after birth.

While the sows are in the gestation crate, constipation is a common problem because the animals do not move much. They are also often given very fine feed during this time to maximise feed conversion. But especially products with a coarse feed structure and a high crude fibre content stimulate digestion. Two examples are the supplementary feeding of squeezed barley and broken sugar beet pulp pellets. The products are only squeezed without increasing the fines content. The high crude fibre content improves digestive function, optimises colonisation with beneficial bacteria in the large intestine and thus ensures softer faeces.

Laying hens are usually fed on mealy feed. This feed type is very popular for a number of reasons: Mealy feed is cheaper to produce than other types of feed and offers the animals the opportunity to satisfy their pecking instinct.

It is the nature of laying hens to use their beaks to explore their environment. By pecking, the environment is perceived. To satisfy this inner instinct, the laying hen needs several thousand pecks a day, a large part of which can be satisfied by ingesting a coarse meal feed. If the laying hen is fed on pelleted or crumbled feed, it needs significantly fewer pecks to meet its nutritional requirements. Due to the lack of pecks, the animals tend to peck at their conspecifics in order to satisfy their instinct. In small groups with a fixed hierarchy and shortened beaks, this behaviour is less pronounced. In case of barn and free range management with untrimmed beaks, this behaviour can lead to severe performance losses and losses due to cannibalism.

Too fine grinding is also disadvantageous, as the animals do not like to eat meal that is too fine. This reduces feed intake and the hens cannot achieve their optimum laying performance. They also scratch the feed with their beaks in search of coarser particles, causing the animals to waste feed. If too fine feed is fed over a longer period of time, the activity of the gizzard decreases. The secretion of digestive enzymes decreases and the gizzard regresses. This weakens the immune system of the laying hens.

This is where the crushing roller mill with individual drive can show its strengths and ensure optimum grinding results.

A special application example for the KAHL crushing roller mill in cattle farming is the production of broken grain. For example, maize is coarsely quartered and added to the mixed ration. Due to the still intact thick husk and the intact cell walls, the broken maize passes undigested through the cow’s rumen and is available for enzymatic digestion in the large intestine. This allows energy in the form of starch to bypass the rumen microbes. This form of crushing is difficult to achieve with other mill systems. Since a high-yielding cow needs about 1.5 to 1.8 kg of rumen-stable starch per day, this can be achieved by supplementary feeding of 2 to 3 kg of broken maize per day.

Once the production of this single feed component is complete, the crushing roller mill with individual drive can be switched over to the processing of other products via the remote adjustment and used for the pre-grinding of formulae for the pelleting of production feed.