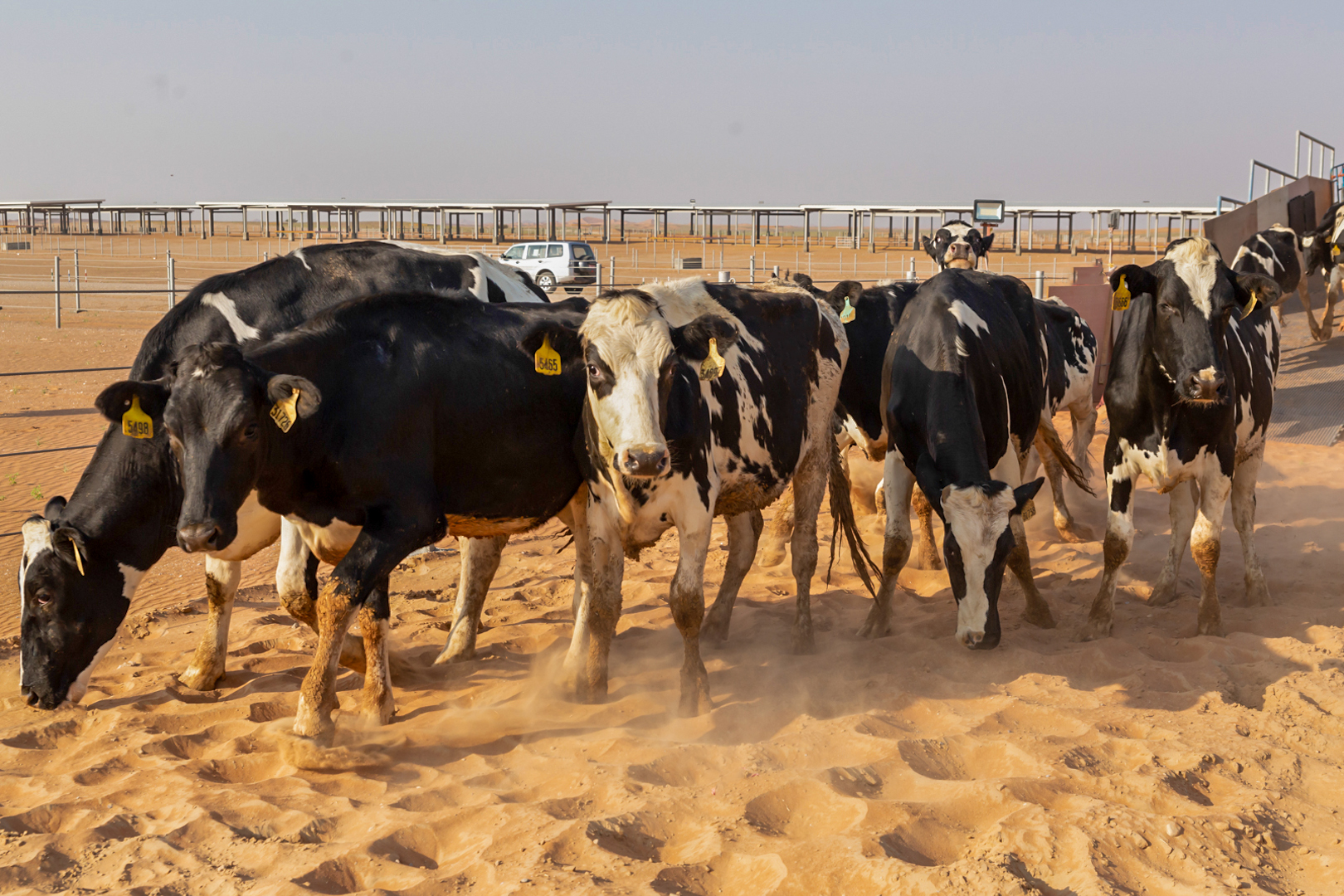 Mazoon Dairy receives the second batch of 2,625 heads of cows

Mazoon Dairy has received the second batch of 2625 Holstein cows in the company’s farm in Al-Sunainah following the first batch of cows that was received in February 2019 which contains 3,400 head of cows which brings the total of cows to more than 7000 heads which are expected to support company’s expansion plan of production and commercial operations to cope with increasing demand of company’s dairy products.

The newly received batch of cows will be housed in a dedicated cowshed that are considered one of the advanced ones in the region, which are equipped with the latest farm designs, cooling systems, and monitoring technologies m in addition to the highest level of animal welfare standards.

Mazoon Dairy was distinguished by its advanced facilities in the dairy technology and production lines in addition to green solutions such as, a unique biogas production plant that converts farm waste into gas that is used as an alternative energy to operate some equipment in the factory. Also a special sewage plant that recycles the water which will be pumped into farm’s irrigation network and cleaning some facilities.

Dr. Arjun Subramanian, CEO Mazoon Dairy Company “Mazoon Dairy is committed to ensuring the highest standards across the supply chain, and this includes ensuring the health, safety, and welfare of our cattle. Al Sunainah was selected as the site for the dairy facility because of the abundance of water, fertile soil, and a comfortable climate to accommodate the cattle. We have also invested in a highly experienced team of internationally-trained farm managers and agro-experts who have spent decades in the agriculture and farming business in various parts of the world and an expert team of Omanis who now committed to the success of Mazoon Dairy in Oman.”

Mazoon Dairy has launched the last quarter of 2019 its products range of fresh milk, Laban, flavored milk, and yogurt in all governorates across m the Sultanate. The company is planning to launch new varieties of dairies, juices, and cheeses to cope with sales growth.

Yousuf AlFazari, Corporate Affairs Manager of Mazoon Dairy Company, added: “The arrival of the second batch of cows marks a significant step in our journey towards a more sustainable and productive growth phase for Mazoon Dairy and the Oman economy. It takes us closer to our larger goal of establishing the Sultanate as a self-sufficient dairy producer and a hub for food manufacturing.”